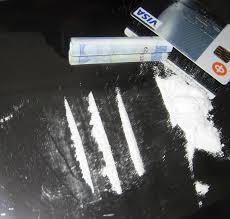 Brooklyn is a prostitute who frequents the bars in the downtown scene on a regular basis, always with a different man on her arm. She is young and brunette, speaks with a distinct New York accent and generally has a smile on her face. But she did not feel comfortable giving an interview. She wasn’t sure her man would like it and she wasn’t sure she’d be comfortable being quoted. So she pointed the way to her pimp “Downtown Brown.”

I met Brown at his condo Friday afternoon. Tall, skinny and muscular at age 37, he met me at the door in a pair of slacks, a tank top undershirt and a do-rag on his head. He welcomed me, told me that Brooklyn had said I was nice and he’d be happy to talk to me for a while. On the counter stacks of twenties stand beside a toaster and a pile of cocaine. We sat across from one another at his kitchen table and talked: first, for a few minutes, about my bar and how long I’d been bartending, before moving into my time at UNLV and his time at college at Fresno State.

Brown came from Minneapolis Minnesota and spent some time in Georgia as well. He went to college in Fresno on a basketball scholarship. He was successful and enjoyed it but in school he was injured and did not garner enough attention to get drafted to the NBA. Instead Brown pursued his dream in the less fashionable way, playing briefly in Japan, before joining the Las Vegas Rattlers, now known as the Aces, of the American Basketball Association.

It was a way to live his dream, but the pay was not good and he lived in a city that whose nightlife demanded attention and a better paycheck. Growing up hustling had always been around Brown’s life. His uncle Billy lived down the block and had been pimping as long as he could remember. His cousin across the street was known as the Prince of Darkness.