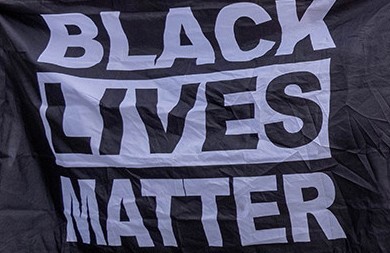 Some white Americans still claim they can’t wrap their heads around black Americans’ fear of or distrust in the police.  A quick glance at the history of the U.S. legal system, and the police in particular, is all it takes to see that distrust is a reasonable and predictable response to centuries of mistreatment. Racism is systemic and it always has been.

For centuries it was the specific job of police to demean, abuse, and dehumanize black Americans. Is it realistic, let alone fair, to expect history not to leave a mark? At the very least through implicit biases?

The conversation doesn’t even require any moral or political conclusions or judgments; it’s just facts. It’s  a large part of why, in the wake of the killing by police of numerous unarmed black Americans, people of all races flooded the streets of major cities across the country for months straight.

For many, the fact that many of these unarmed victims were murdered on camera has made it impossible to deny the problem any longer. George Floyd, Breonna Taylor, Tamir Rice, Ahmad Brooks, and Jacob Blake are merely the newest faces among the lasting legacy of America’s original sin.

Racism isn’t just real, it’s been an intrinsic part of the United States since the very beginning. The law isn’t always right, breaking the law isn’t always bad, and enforcing the law has often been supporting inexcusable evil. “Just following orders,” isn’t supposed to fly as a defense, but it always has here.

Slavery was the law of the land and enshrined in the U.S. Constitution. So was the 3/5 compromise. The Missouri compromise was legal, as the country expanded and required that every new free state must be a matched by a state where slavery remained legal. Our national entanglement with human trafficking continued.

The Dred Scott Supreme Court decision was legal and held that escaped slaves were not free or safe in northern, “free” states and could be seized and forced back into bondage. Police enforced these laws, abusing and terrorizing black people. Following orders did not make them right. Notably, police were also known to sell free Black Americans into slavery.

After hundreds of thousands of lives were lost, and slavery was finally made illegal, it should have been the end of it but our country failed to facilitate equality and integration.

Black people may have been freed, but they were never given restitution for all of the unjust enrichment the country and the southern states stole from slave labor. They were never even given the reparations they were promised. They were free to leave, but had no homes, no jobs, unfriendly neighbors, and likely little training beyond plantation labor. White dominated society stacked the deck against them, lawfully.

Reconstruction was short lived, as the north quickly decided that enforcing some semblance of equality in the South was more trouble than it was worth. Yankee soldiers went home and the South instituted a new legal system where white America again treated Black Americans as less than human.

The Jim Crow system of legal segregation was legal. Black Codes, limiting Black Americans’ freedoms and creating excuses to take their freedom altogether, were legal. Voter suppression was legal and rampant, and for the past eight years has been on the rebound. The peonage system of prison slave labor was legal slavery under a new name, and likewise has again reared it’s head, in recent decades.

Even after legal segregation was struck down by the Supreme Court in Brown v. Board, in fact it remained in place across much of the country. Redlining was the concerted effort to limit Black and Latin Americans to real estate in designated areas, and to limit services and expenditures in those areas. These legal and professional polices created slums and ghettos and then forced black Americans to live in them. It was the law and police enforced it.

The War on Crime and the War on Drugs targeted black people, with over policing, excessive charges, excessive penalties, and little accountability for malfeasant police or prosecutors. Black men were charged more often and sentenced to far harsher sentences for the same crimes which they commit at the same rate as white men.

Theses fear and race driven policies destroyed the lives of generations of black fathers and their families, while creating the largest prison population in the world. Generations of black men were ripped from their families and condemned to futures of undesirable jobs and limited options.  Both wars were legal and it was police waging these wars against black families.

Racial profiling was legal. Stop and frisk policies were legal. Mass incarceration is still legal. And it too often judged legal for police to use violence and take black lives, even when their is no imminent threat to any other lives. After centuries of the police enforcing bad, racist laws, and regularly getting caught on camera using excessive force to this day, how in the world can anyone expect Black Americans to feel like the police are on their side? Even if some finally are.

Institutional, systemic racism has always been real. The fact that some people escape its worst effects, or don’t notice it all, does not diminish its nefarious effects.