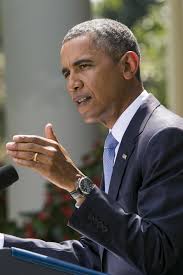 Secretary of State John Kerry appeared before Congress Tuesday to pitch the White House’s case for military action against Syria. Coverage of the discussions on the floor in congress have led the front page of the website of the New York Times, The Wall Street Journal, The Christian Science Monitor, the Daily Beast and Fox News.

In the wake of the murder of over 1,400 Syrian civilians by sarin gas, President Obama and his staff have been pushing for consensus support in punishing the nation’s president, Assad, and his military capabilities for the war crimes committed against their own people. It seems, according to each web site, that Mr. Obama is likely to be granted 90 days to conduct military operations as well as a an option for congress to allow an extra 30 days if needed to accomplish military objectives.

After initially reading proffered by the New York Times I moved on to the Wall Street Journal, the flag ship paper of Fox News owner Rupert Murdoch. One might expect such an entity to subscribe to a position contrary to the Time’s report of support from all sides of the President’s request. But such was not the case.

According to the Journal, though Kerry spent hours in front of congress fielding questions from both parties, he left with support from many Republicans and Democrats alike.

END_OF_DOCUMENT_TOKEN_TO_BE_REPLACED 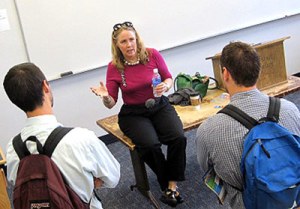 Alicia Shepard’s career in journalism took her by surprise, then led her across the country and halfway around the world. She wrote for a number of years for “American Journalism Review” and has contributed to the “New York Times,” “The Washington Post” and the “Chicago Tribune.”

Shepard served as the public editor for “National Public Radio,” and has taught journalism across the nation. In 2012 she joined the UNLV Greenspun School of Journalism as a guest professor, bringing the school the instant credibility of a nationally renowned media figure.

In her undergraduate studies at George Washington University, Shepard focused neither on journalism nor communications, instead majoring in English and minoring in biology. “I always thought I wanted to be a high school English teacher,” she confessed.  Her senior year however, fate intervened. “I needed a part time job and I saw there was a news bureau the needed an assistant,” Shepard remembers. “I had no interest or knowledge of journalism other than getting the newspaper every morning at home.”

But she was in the door. “It was at a place called ‘Scripts League Newspaper’, a small family owned chain that had papers all over the country.” Once there she learned the ropes as she was taught to rewrite press releases and do smaller stories. “I had an aptitude for it and I liked it and he offered me a job when I graduated. I thought what the heck I’ll do it for a year. And of course I loved it.”

END_OF_DOCUMENT_TOKEN_TO_BE_REPLACED

And we’re done. Well not quite.

One thing I really enjoy in school is really learning a new skill. Not just learning new techniques and further areas of studying, but learning something brand new that I had never much or ever deigned to play with before. It’s exciting, it reminds me why I’m here, not just for a diploma and recommendations at the end, but to become better at what I hoped to do and to become a more capable person.

The class has really been good for me in this specific area. I never much played with Flickr or Pinterest, in fact to imply that I had even started my own account or done anything more than follow links to them at another’s behest, would be dishonest. I had more experience with Facebook and had even started to post my own professional tweets on twitter. But I had never even flirted with real blogging, not beyond a few short rants or posts on social networking pages, I remember MySpace had an actual blogging function I think. Facebook’s change to “notes” did seem to motivate the creation of such posts.

I now feel like I have a chance in this high tech world. Not only do I feel I may be able to keep up my own blog in a manner that might be described as competent, I no longer see tasks like getting video onto YouTube, or starting a podcast, as so daunting. As Renay SanMiguel  intones in his, now twice read, piece “It’s Hard Out There for a 21st-Century Future Journalist of Tomorrow,” no longer is the newsroom a diverse  collection of uniquely skilled individuals putting the puzzle pieces together as a team.

This is the future, and every job opening media outlets have is looking for a candidate that can produce more with less. Consequently, aspiring journalists, not to mention journalists looking for better work, need be able to function as a one-man-unit with the ability to produce all of the content needed for publication or broadcast. And they need to be able to do so with a strong internet presence.

The internet offers means to connect to ones audience in a way that could never be achieved in eras past. Sure, you could use an editorial section to get some personal opinions out and to allow some outside  opinions in, but now comments, likes, shares and updates are all just a click away.

Its something that Mark Coatney, director and media evangelist at Tumblr talked about during his interactive chat session at Poynter.org. I look forward to adding Tumblr to my newfound wealth of interactive creative tools. That and Polls, everybody loves polls?

Now that you love polls, make your own!

Social networking is double edged sword for journalists, even more so than for the average person. It seems like everyone loves Facebook and Twitter. Both sites have millions of users around the world who use them on a daily basis. On the surface they are a fun and easy way to connect with friends and loved ones or to keep up with celebrities or cultural interests. But they have real world impacts, both positive and negative, that are far more significant.

Four years ago Iran’s presidential election ended with incumbent Mahmoud Ahmadinejad declared the victor in a landslide win that was contested by all three of his opponents, as well as thousands of citizens. Over the following weeks protesters filled the streets, despite crackdown by military and police. The media was not allowed to report on any such events, but through Facebook and Twitter the world was shown the truth of what was being done to quell the protesters, as gun fire was broadcast live and in color from people scared for their lives.

But it’s not all sun shine and roses, as most the time people are focusing on their own lives and interests, perhaps too much. People of all walks of life have seen their careers come to an end due to a lack of discretion on social media. In her article, “13 Controversial Facebook Firings: Palace Guards, Doctors, Teachers and More,” Huffington Post writer Ramona Emerson looks at a number of people who had lost their jobs over comments they made about their boss or their place of business.

Not only are journalists no safer from such repercussions than your average employee, but they face even more dangers. Being friends with the wrong person or even failing to report such connections to the right people could bring questions about sources and ethical investigative tactics.

Despite all of that, Twitter and Facebook can each be very beneficial tools for reporting the news. As in the case of the aforementioned Iranian Green Revolution, breaking news can be gleamed form twitter, not only from reputable sources, but from trending topics. As Leah Betancourt pointed out in her article “The Journalist’s Guide to Facebook,” social networks can be an invaluable tool for reaching out to communities, groups and sources that one may not otherwise have access to. There’s nothing like knowing exactly how to contact a source one desperately needs to help flush out, or add credibility to, a story.

People in all walks of life must be careful of how much of their private lives they allow the world access to. But these networks have made the world a smaller place, six degrees of separation must be nearly cut in half, and journalists can use these connections to assist their reporting and ability to connect with their audience. However the lure of immediate gratification can be dangerous and journalists must be careful not to let the race to be first impede their responsibility to be right.

Breaking a story is enticing and helps a reporter get noticed and notoriety, but blasting incorrect information from a digital megaphone is a quick way to gain notoriety as a bad source and an unreliable “journalist.”

The NSHE paid $90,000 to Richard N. Katz and Associates for a report reviewing the online education system in Nevada, the resulting recommendation was a drastic overhaul of the Nevada’s e-learning system.

Katz and 5 of his associates labored for over 6 months with a team of faculty, staff and students from various institutions around the state and compiled a 105 page report, detailing the Nevada System of Higher Education’s current e-learning program, its flaws and opportunities for improvement.

The majority of the analysis is directed at the shortcomings in the system, the lack of availability for many students, the lack of central oversight and the resulting lack of cooperation between member schools. “E-learning within NSHE appears to be a collection of disparate and often beautiful fabric patches, not quite ready for quilting,” the report says.