In the United States’ recent history, republican administrations have not been the best friends of the environment, but that was not always the case. Decades ago the quality of the ecosystem was much less of a partisan issue, recognized as a necessity for all citizens, and it was actually President Richard Nixon that proposed the Environmental Protection Agency. The EPA was established shortly thereafter on December 2, 1970, yet. Since its inception the agency has done a lot to protect many aspects of our environment from waste and pollution, including the air we breathe, under the Clean Air Act, signed into law the same year. But it wasn’t until January 2, 2011, that the EPA first began regulating Greenhouse Gasses (GHG).

The road to our new protections was a long and hard fought one, at first fought against the EPA itself. On October 20, 1999 the International Center for Technology Assessment petitioned the EPA to regulate greenhouse gases emitted by new motor vehicles in order to reduce the effects of global warming. The agency, however initially declined to take action on the petition, claiming not to have the authority to act on climate change, as the issue did not fall under its traditional powers to regulate emissions directly harmful to humans.

Furthermore the agency went on to explain that even if it were within their power to act on the petition they would not do so, for two reasons: the first being that to do so would not be effective in combatting global warming. The second, and more troubling reason, was that such action would go against the Bush administration’s policies, which aimed at further investigation into the legitimacy of the climate change issue and its causes, as well as encouraging efforts by private parties such as voluntary reductions and technological advances.

On April 2, 2007, the Supreme Court found, in Massachusetts v. EPA, 549 U.S. 497 (2007), that GHGs, are air pollutants covered by the CAA. The Court found that the “EPA was required to determine whether or not emissions of GHGs from new motor vehicles cause or contribute to air pollution which may reasonably be anticipated to endanger public health or welfare.” So under pressure from the courts the agency began the investigative process they had been putting off for nearly a decade.

Almost exactly two years later, in April 2009 under the new democratic presidential administration, the EPA proposed a finding that greenhouse gasses do in fact contribute to air pollution that may threaten public health. In early December of that year the Administrator signed two findings on GHG, under section 202 of the CAA: “Endangerment Finding: The Administrator found that the current and projected atmospheric concentrations of the six, key, well-mixed GHGs— Carbon dioxide, Methane, Nitrus Oxide, Hydro fluorocarbons, Per fluorocarbons, and Sulfur hexafluoride –threaten the public health and welfare of current and future generations.

Cause or Contribute Finding: The Administrator found that the combined emissions of these well-mixed GHGs from new motor vehicles and new motor vehicle engines contribute to the greenhouse gas pollution which threatens public health and welfare.”

These determinations did not initially impose any regulations, however the process was a prerequisite for finalizing standards for light-duty vehicles, and eventually stationary point sources as well.

“Since then, EPA has taken a deliberative and common sense approach to limiting carbon pollution,” said EPA Administrator Gina McCarthy, then the Assistant Administrator for Air and Radiation, in her June 29, 2012 statement to the Subcommittee on Energy and Power. The agency was “using Clean Air Act tools to focus on the largest emitters first and to achieve cost-effective reductions.”

The remarks came after the courts upheld the EPA’s “Tailoring Rule,” which went beyond regulating vehicles and established a phased approach for applying CAA permitting requirements to point source polluters, based on GHG emissions, beginning with large sources. The Court “confirmed that the Clean Air Act required EPA to regulate greenhouse gas emissions from cars and light trucks,” said McCarthy. And “the Act “unambiguously” requires application of relevant stationary source permitting programs to greenhouse gases.”

The Tailoring Rule began the first phase of the new regulations, limiting the parties that are required to obtain Prevention of Significant Deterioration (PSD) and title V Operating permits to new and existing large facilities that are responsible for nearly 70% of the nation’s stationary point source GHG emissions. These include power plants, refineries and cement production facilities. “Emissions from small farms, restaurants, and all but the very largest commercial facilities will not be covered by these programs,” as they begin to be implemented, according to the EPA’s fact sheet.

Title V Operating Permits are issued, generally by State and local permitting authorities, to pollution sources after they have already begun to operate, as opposed to PSD permits which are issued to new facilities and modifications to old, which promise to add new air pollution to the environment.

The Tailoring Rule also accounts for the fact that current emissions thresholds for criteria pollutants are not feasible for GHG’s because they are emitted in much higher volumes than lead or sulfur dioxide, which are permitted at 100 and 250 tons per year. Therefore, in the first phase, the acceptable levels of GHG’s will start with increases of 75,000 tons per year and step two will begin permitting new and existing facilities that emit at least 100,000 tons per year or modification of 75,000.

The final actions also include the requirement of the EPA to work with 13 states to revise their state implementation plans to provide for preconstruction permits. Arizona, Arkansas, California, Connecticut, Florida, Idaho, Kansas, Kentucky, Nebraska, Nevada Oregon, Texas and Wyoming all were without such permitting programs, let alone plans that considered GHG’s.

Under requests from President Obama, the EPA and the National Highway Traffic Safety Administration (NHTSA) have taken steps to encourage and enable production of cleaner new vehicles, from “the smallest cars to the largest trucks.” The agencies have also finalized standards extending the light-duty vehicle GHG National Program for model years through 2025 and they have adopted the first regulations for heavy duty engines and vehicles. “By 2022, the Renewable Fuel Standard (RFS) program will reduce greenhouse gas emissions by 138 million metric tons, about the annual emissions of 27 million passenger vehicles.”

The EPA is also developing regulations to ensure that transportation fuel sold domestically contains a minimum of renewable fuel. 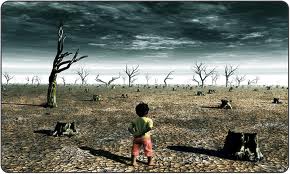 Monitoring of GHG data began in 2010 for most emission sources with the first reports submitted in September 2011. Now there are forty-one source categories, accounting for 85-90% of the country’s GHG emissions, reporting relevant data.

Another aspect of the new regulations is aimed at measuring the differing threat levels of those six key GHG’s and to address these differences in global warming potential the international standard is to express GHG’s in CO2 equivalents (CO2e). Total GHG emissions and permitting programs will be calculated using the sum of CO2e emissions of all six.

The EPA has recently seen two major landmark moments. On September 20, 2013 the agency proposed the first uniform, nationwide limits on the amount of carbon pollution that new power plants will be allowed to emit in the future. More recently, earlier this week in fact, the EPA, and clean air protections scored another major victory in the Supreme Court. The Court ruled to uphold the Cross-State Air Pollution Rule, set in 2011, which required 28 states to reduce power plant emissions to due to the negative effect on the air quality in neighboring states. The Court upheld the rule with a 6-2 vote, despite the protestations of Texas, Ohio and Michigan as well as two of the more conservative Judges.